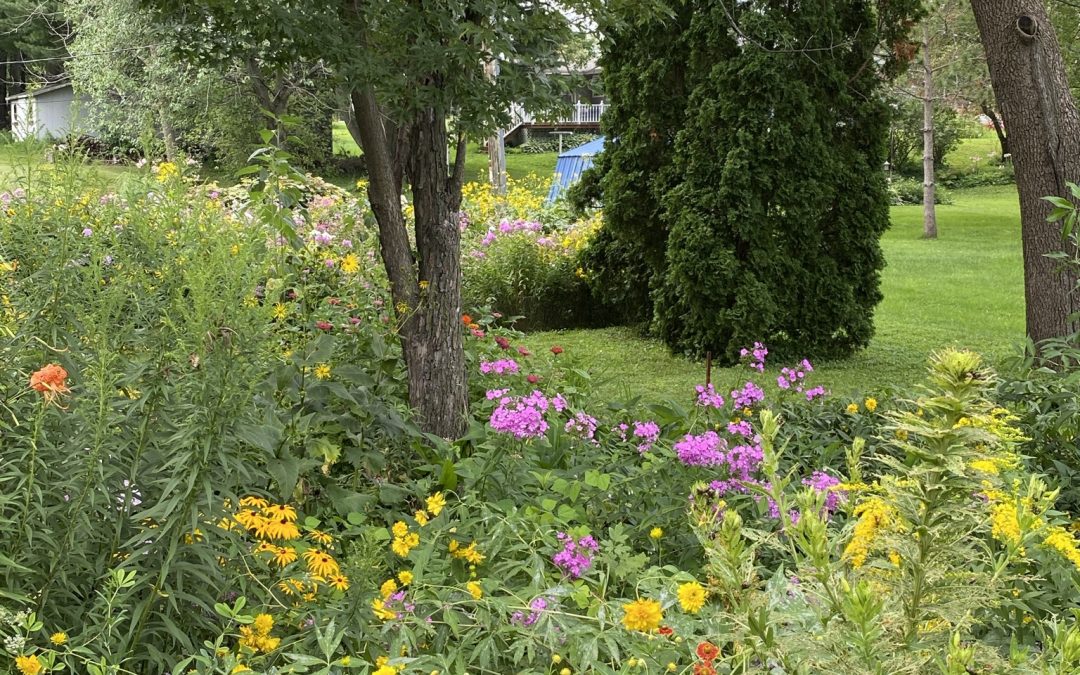 Dave and Mary Krier’s yard is leaning into native plants.  Over the last four years the yard has been slowly moving from grass and non-natives to more native flowers and shrubs.  The goal is to increase birds and pollinators, reduce mowing, and beautify the yard.  Most, but not all, of the plants are native to the area, and dead tree limbs are allowed to remain to provide food for woodpeckers.

Dave and Mary began a small garden with donated plants.  Over time, they have expanded their garden to two large and lush gardens.  They have plans to continue increasing the size of their gardens.  See photos of their beautiful gardens below. 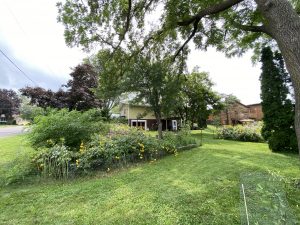 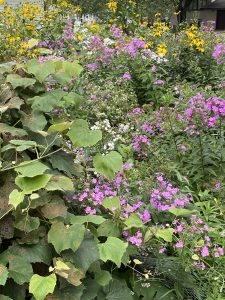 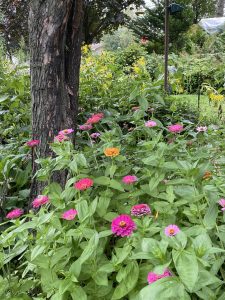 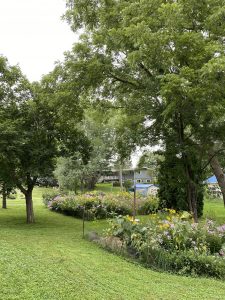