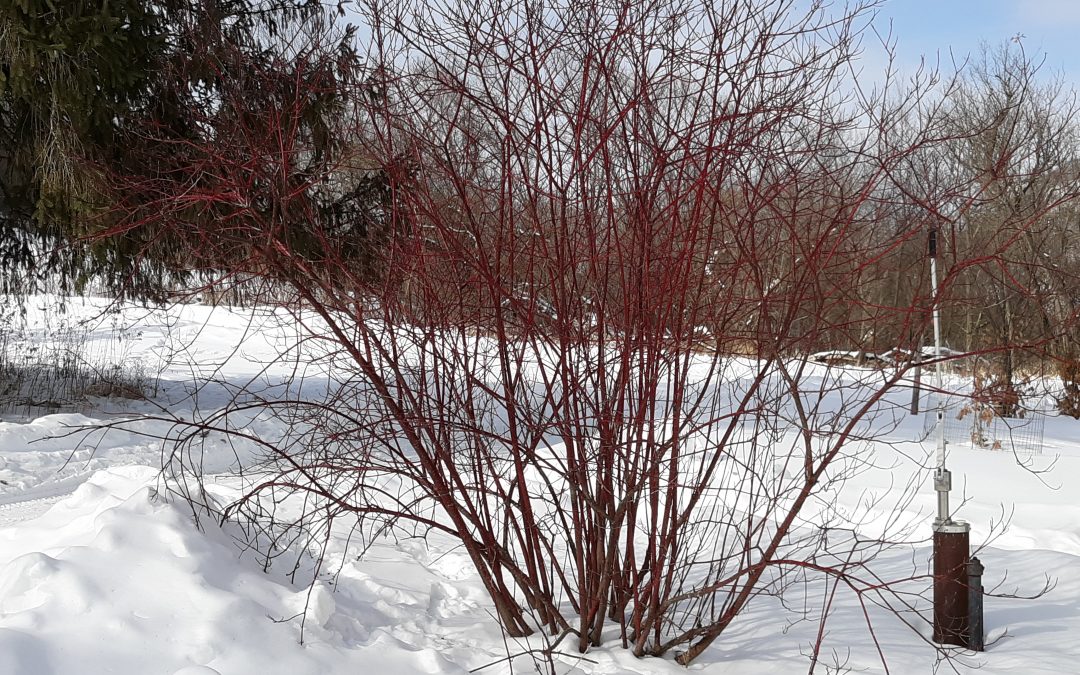 I realize that in my last blog post, #3, I failed to mention the extent of the Google searches I conducted that went well beyond my two favorite web sites: www.nwf.org/NativePlantFinder and www.audubon.org/plantsforbirds . When researching a specific species of plant, I definitely looked at many other entries brought up by my Google searches. And, it was from the most commonly mentioned categories of information in these sites that I built my spreadsheet.

Having two different landscapes planned for planting, the next step was to go measure the sites and verify the views from windows or outdoor seating and distance from street rights-of-way; determine what views I wanted to capture, where the walking access would be, and how to affect the greatest sense of privacy, what I was hoping to screen from view; as well as trying to imagine what effects the plantings would have on visual interest. In regard to visual interest, I wanted to create varied heights where the eye would wander between plants types and invite one to investigate or imagine what lies beyond. I wanted these to contribute to a sense of depth by avoiding straight lines or the artificial feeling of uniform hedges of vegetation in favor of casual screens and a feeling of the area having been naturally colonized.

I measured the areas while trying to imagine the effects the mature plantings will have on privacy and light entering the house. I wanted to make sure walkway plantings would offer interest for multiple seasons … short material here, taller material there, winter fruiting plants attracting birds within view of seating and windows, spring and summer pollinator plantings in visible areas, etc. Knowing some species like wetter conditions, full sun or partial shade. or thrive in poor nutrient soils, I made notes on my maps for low wet spots, dry spots, and areas with poor nutrients as indicated by the growth of previous plantings.

Knowing that near the entryway and along the approaches it would be important to be able to see further, I made notes about relative plant heights. Where the church across the street is to be screened, I made note to plant species on the tallish side and relatively fast growing.

With measurements and field notes in hand, I went home and made accurate maps of my two sites on graph paper. The previously mentioned list of native woody species of short to moderate height, which Melinda Knutson of Trillium Consulting had sent me, had already been input into my spreadsheet. And, from previous experience and readings, I knew that proper plant spacing is critical. Because planting too close together is the most common mistake we gardeners make, plant spread and recommended spacing is an important reason for making maps to scale.

As an example of this planting too close together problem, the two pictures here are of Red Osier Dogwood planted the same year. One is by itself and shows a well-formed clumping shrub and the other is of three Red Osiers planted way too close together. The single plant is upright and attractive. However, the other planting is ugly and leans outwards with uprights sprouting like suckers from branches lying horizontally.  This too-close-together planting has already required pruning maintenance while the single plant has not. Spacing is critical. Planting maps done to scale are important. 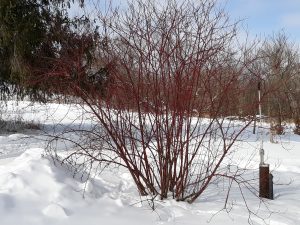 In the next blog, I will share the list of species I am now focused on and explain why.